The second week of building announced itself with a change in weather - from hot temperatures to pouring rain. This however hardly dampened out moods as we were excited to finally receive the wood for the last pavilion - the stairs. This frame was without doubt the most difficult to assemble and while doing so we detected several measuring mistakes forcing us to recut pieces. While this was stressful and tension-ridden at times, one cannot deny we learned a lot about improvising on a building site. 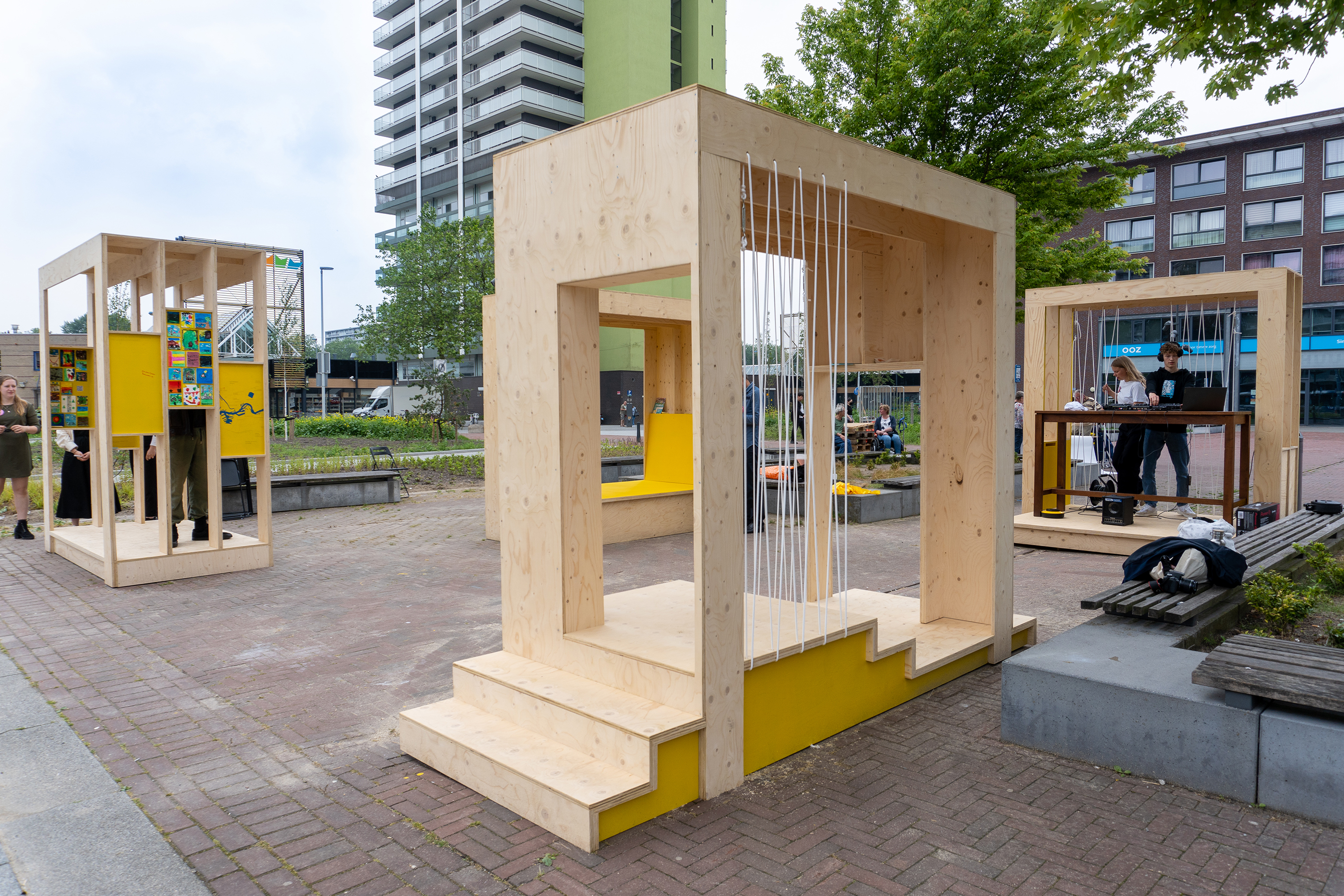 While we were breaking our heads over the assembly of the stairs the last part of the pavilion got delivered back to us - the wall panels of the exhibition. The six panels had gotten laser cut inscriptions at the architecture faculty. While two of the panels describe the pavilion in its concept and functionality, the other four ones are meant to engage the neighbourhood. Each of them contains a question about Groot-IJsselmonde, which invites its inhabitants to actively reflect on the neighbourhood they live in. 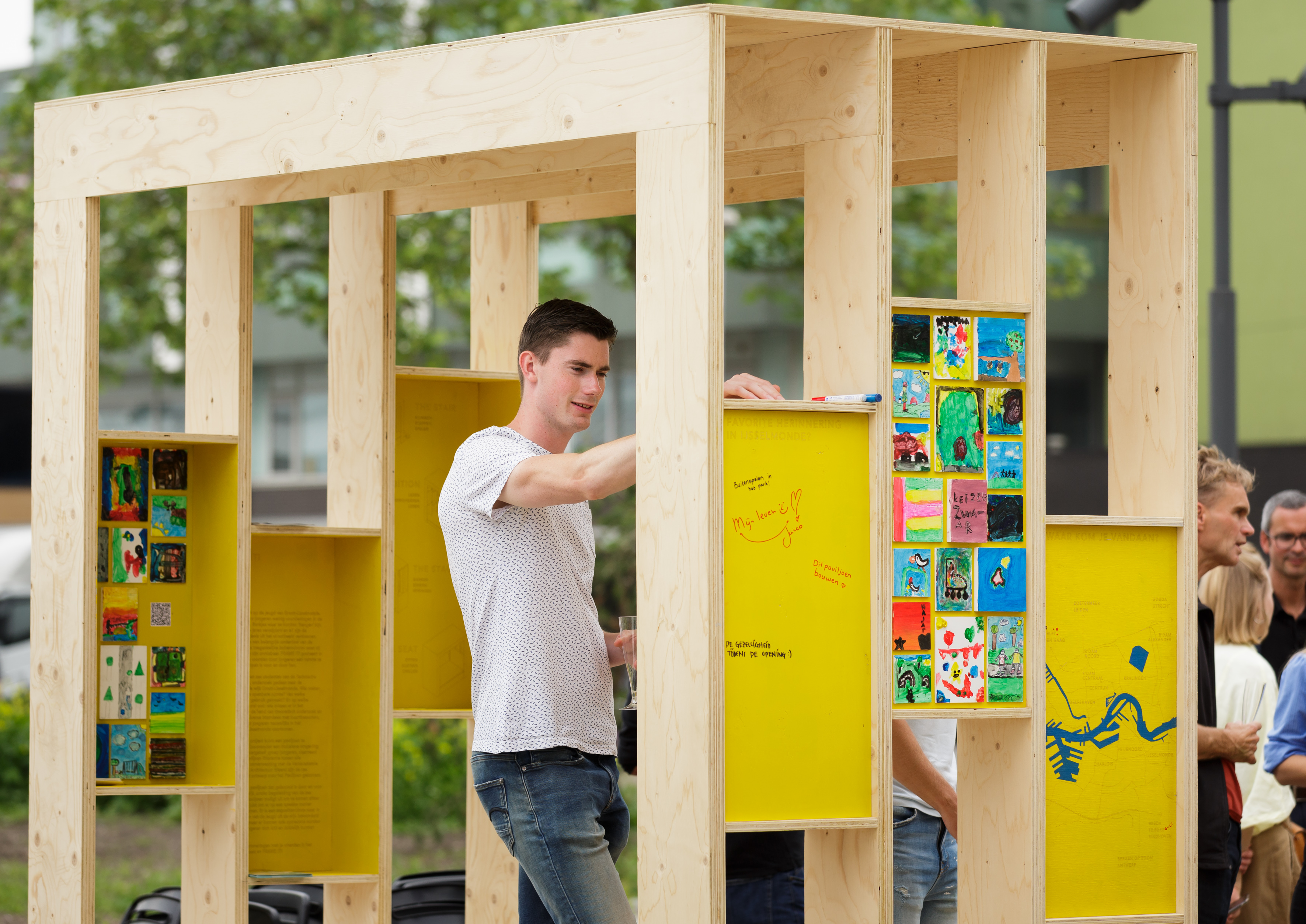 However this is not the only part of the exhibition frame that is meant to include stories and opinions of the neighbourhood. On the other side of the six wall panels paintings of elementary school children were placed. This we had already organized in the weeks prior. Equipped with 108 small wooden panels, acrylic paint and brushes, our team went to various elementary schools in Ijsselmonde to hold painting workshops - the task: draw your Ijsselmonde!

And as we began to place the finished results of this workshop on the wall panels, we attracted a whole new group of visitors. While elderly people were still dropping by multiple times a day to see what we were doing, children that contributed small paintings also started visiting us. Proudly they showed their friends, siblings and parents their contribution to the project. A painting of 6x6cm might not seem much, but for them it was a sign that they were valued in the neighbourhood and that their ideas, feelings and thoughts were important and worthy.

Despite the sometimes chaotic stair construction and partly bad weather, we managed to finish the stairs and exhibition on Friday afternoon on time! The next day it was time to officially open the frames and with that the new public space we created. Many of the people and organizations that had accompanied our project over the last two months, such as AIR and Pit010, came together as we presented the project to the neighbourhood and celebrated our work. 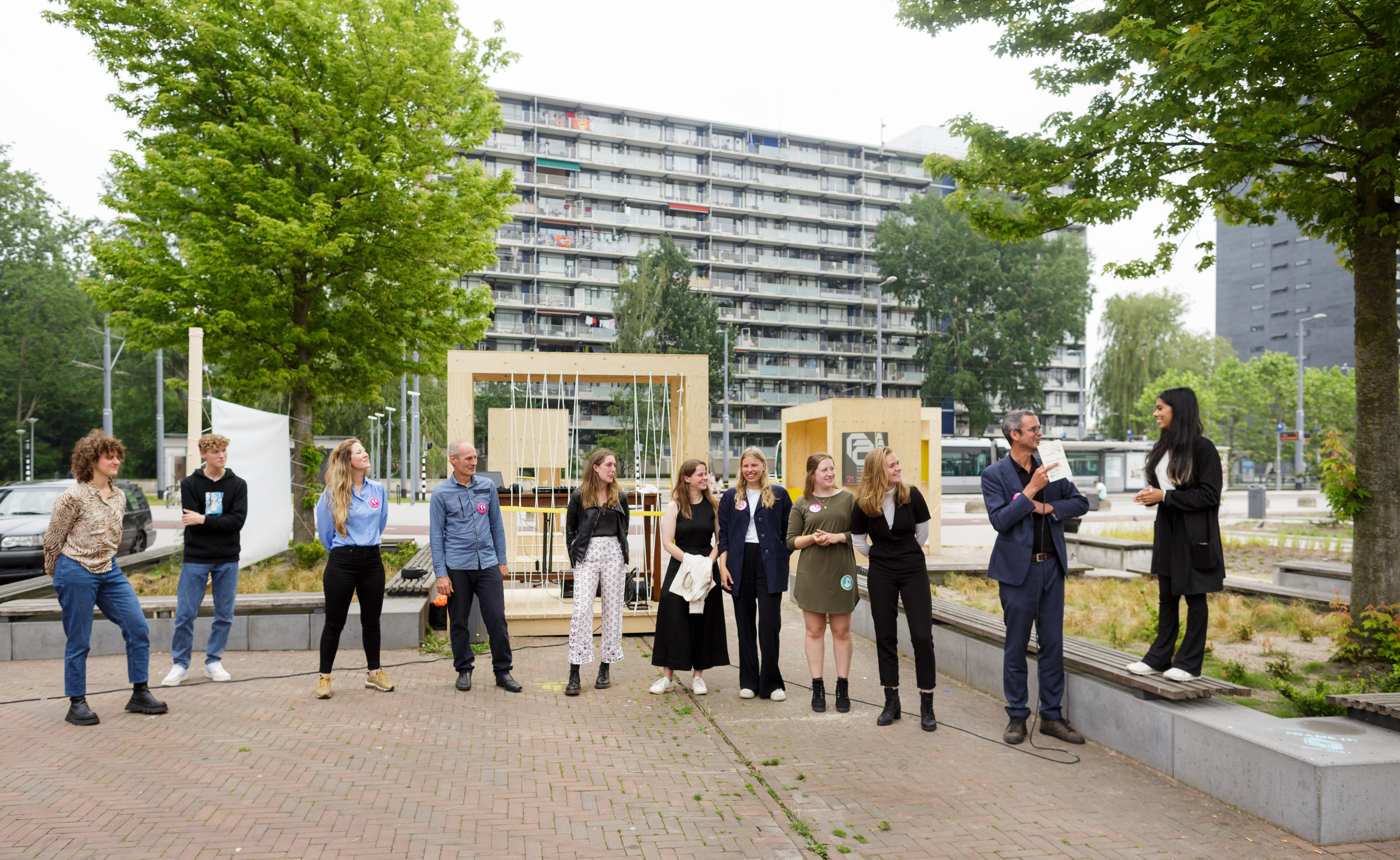 We hope the pavilion will bring people in IJsselmonde together, as it already has started to do in the building process, and that it will become an - albeit temporary - place for youngsters in the neighbourhood.