During the past four months our small group of architecture master students from TU Delft, and with the guidance of Veldacademie, have been researching the neighbourhood of Groot-IJsselmonde intensively. We aimed to utilise the outcomes of our research in the form of a built design project that specifically addressed an overlooked group within the public domain. The brief that we designed tasked us with creating a spatial response to a shortage of usable and valued space for the youngsters of the area. We hope that our ‘Frame It’ design will create an inclusive environment that welcomes such youngsters but also encourages interaction and communication between all groups of residents in IJsselmonde. We understood that public engagement was paramount in our research process however it was not until we began planning the construction that we realised it would go far beyond the initial research and into the build itself.

On Thursday 10th June, we gained access to our building site on the public square next to Keizerswaard. Obtaining key services to the site, like electricity and water supply, as well as general setup, like erecting fences and a shelter, already led us to conversing with various local parties. A chance encounter with a local fishmonger in the square actually became one of the most useful conversations for us. He shared knowledge on simple but important tasks of suspending our roof sheet on site and tying the correct knots in the supporting ropes so that we could quickly assemble and disassemble it each day- saving us valuable building time. 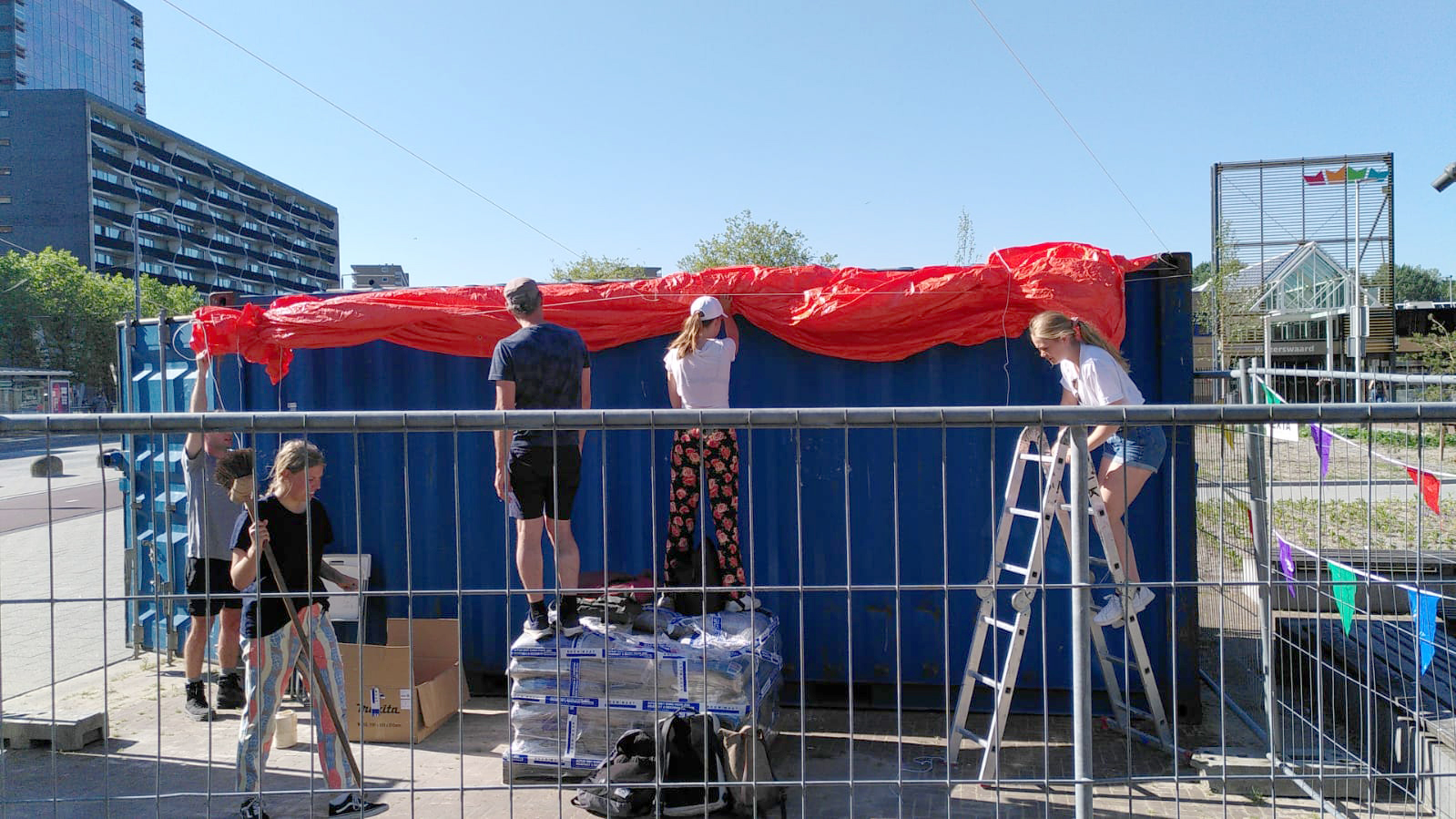 This set the tone for the public engagement possible at our site, and over the following few days we encountered a number of curious individuals by sheer chance. We found that such conversations motivated us as we began the more physical work in high temperatures and reminded us of the importance of the project. Other than quick on-site queries with our technical advisor, Kristjan these were the most valuable chats we had. 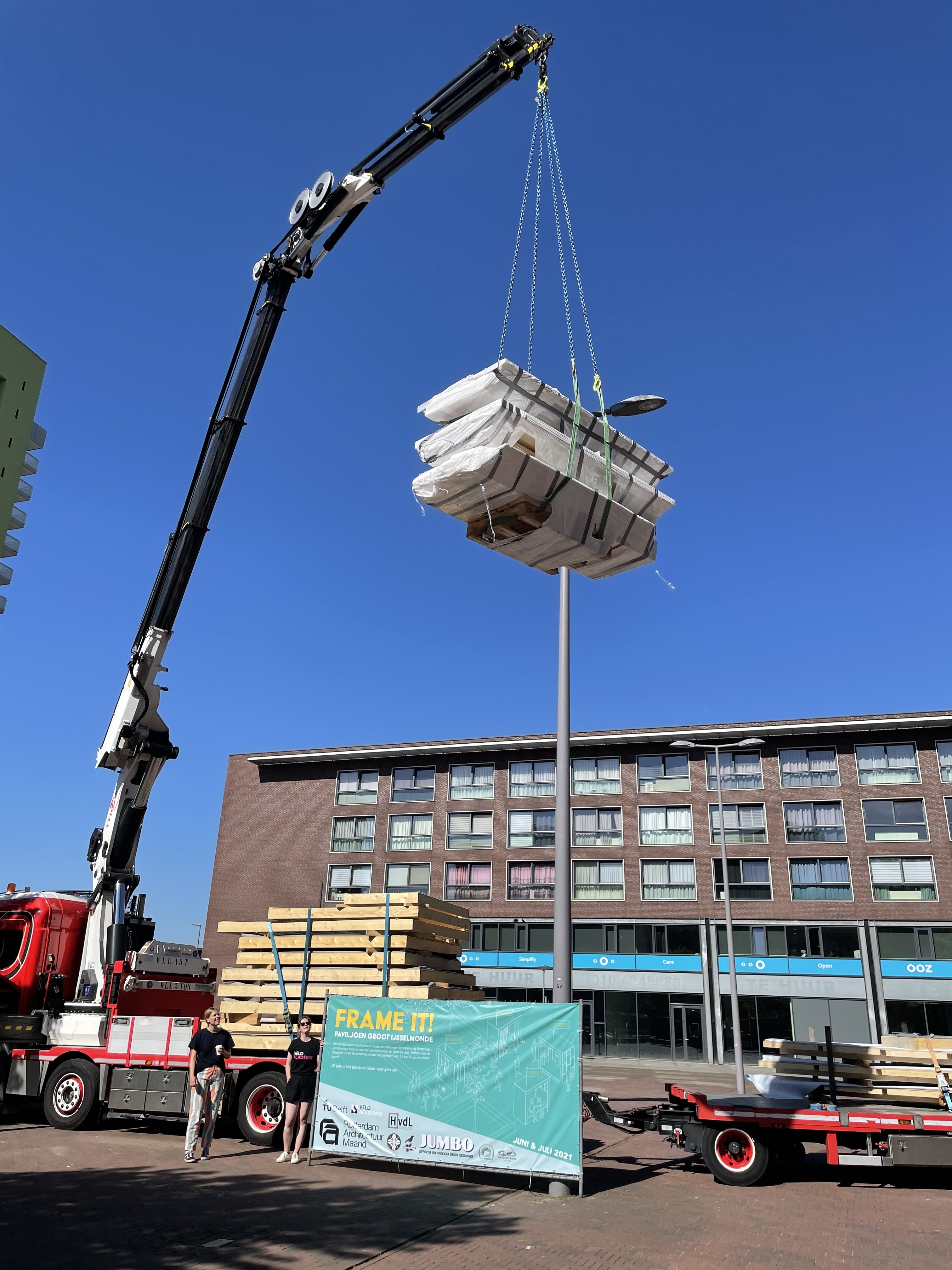 After successfully mobilising on site, our attention turned to the material delivery which arrived via a substantial crane lorry- over 10m tall. This further raised awareness of the project to members of the public and increased interest. The first couple of days building proved invaluable in terms of site orientation and familiarising ourselves with the material. Despite continuing to greet passers by and inform them of our work, this initial phase was important to remain as a small team during.

Wednesday brought about our first chance to engage outside parties with the build. We were assisted by Saad, Kes and Nadine- part time youth workers who were also studying various courses like ourselves. Also helping us was Stans Goudsmit, a Rotterdam-based ombudsman who took great interest in our approach and shared our passion for user led design. A discussion over lunch led to useful ideas on how this project and others could be used in the future and on a longer term basis. 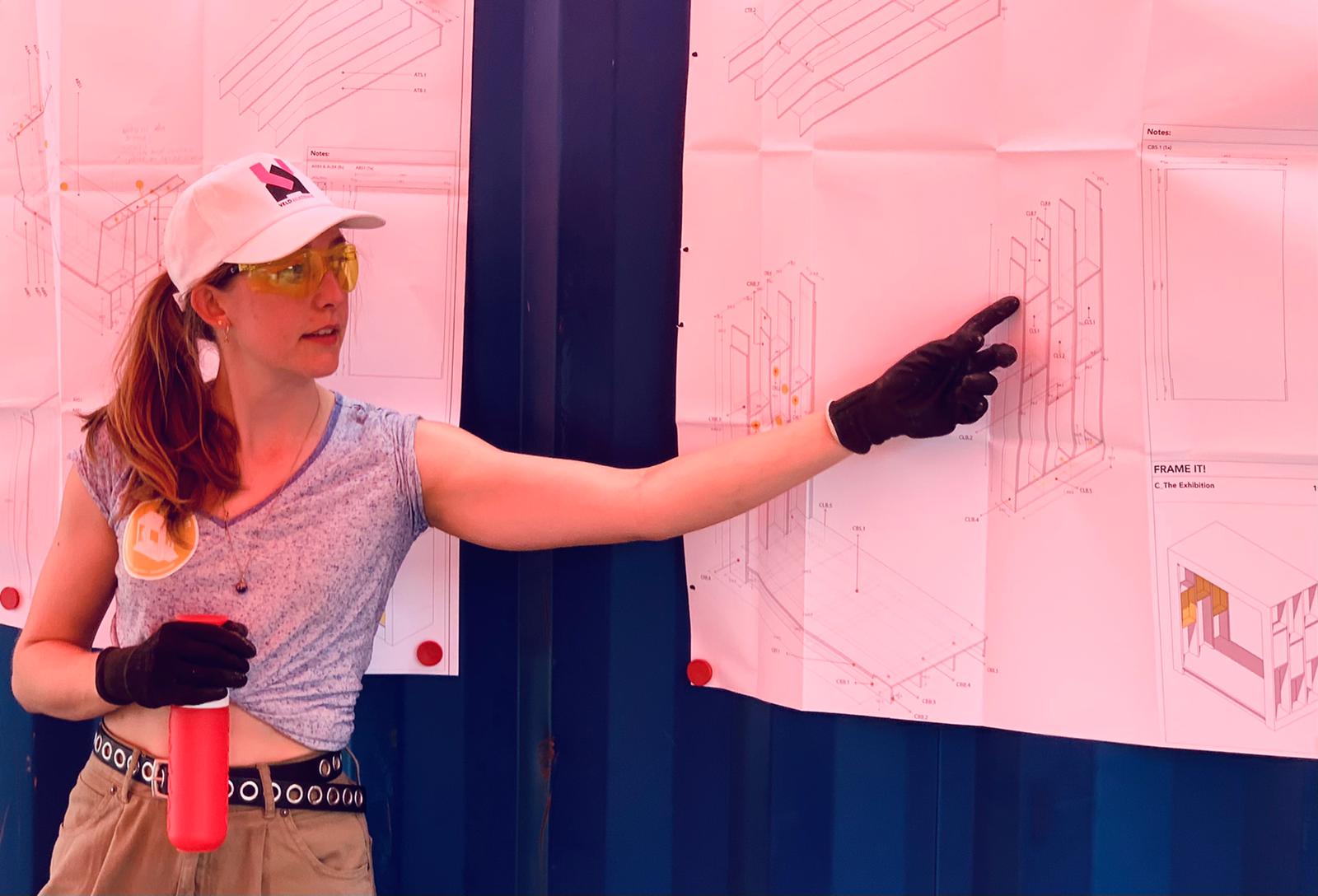