Sydhavnen or South Harbour is the southernmost part of the waterfront and one of the new and an upcoming residential neighbourhood in Copenhagen. South Harbour has seen significant changes in the past years by urban renewal. With a demand for housing for young urban professionals increasing, a former industrial area with warehouses and car junkyards was transformed into an attractive residential area in the early 2000s. On the first day our visit, we experienced the neighbourhood by biking through these housing projects, and we also visited the local recycling centre supporting the circular economy of the neighbourhood and the city. 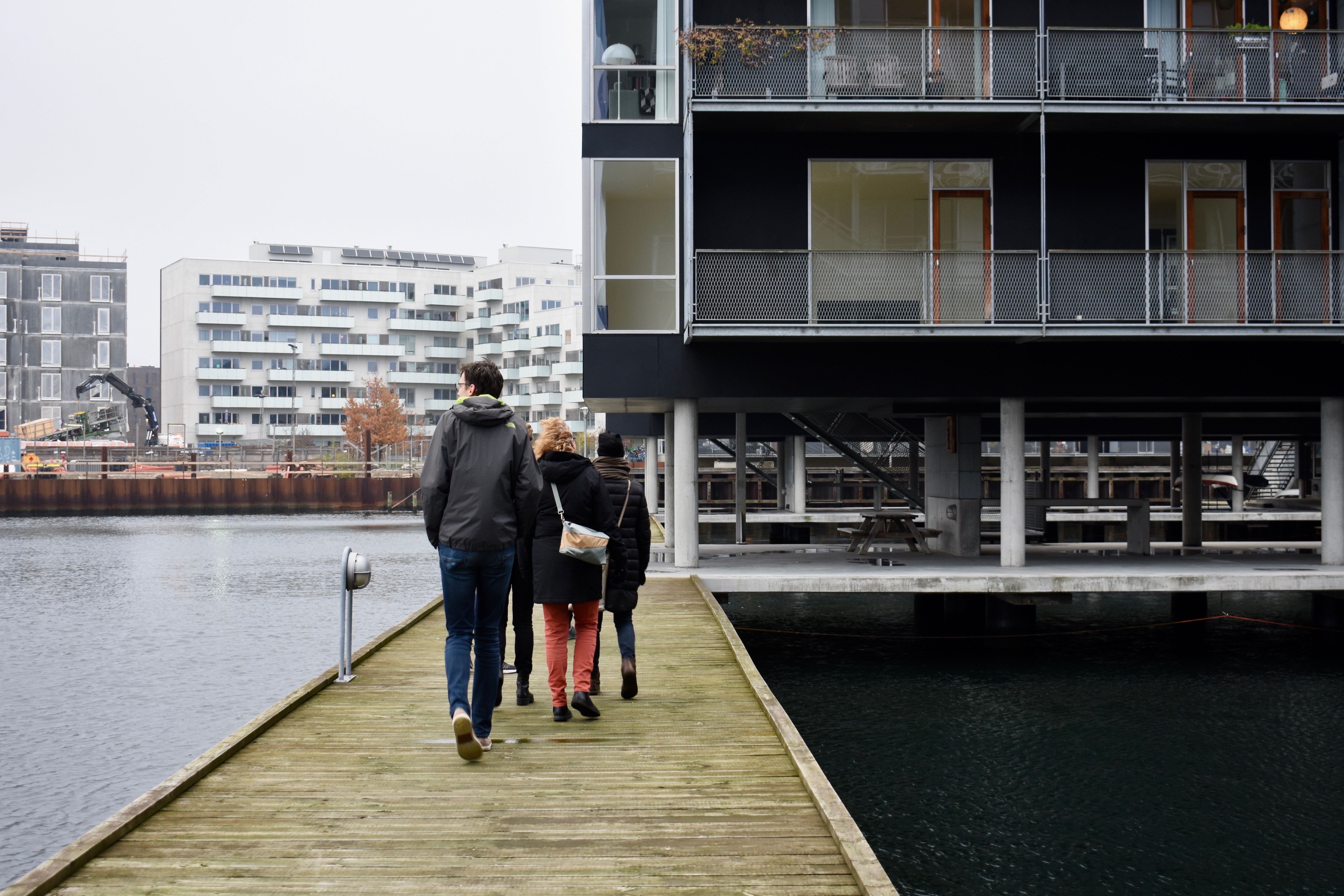 House in the harbour
We set off to visit one of the housing complexes in South Harbour. Upon arriving to the area of South Harbour, we pass by a large power station with three tall chimneys, Ørsted Power Station. This massive industrial building reminds us that we are entering a former industrial area with completely different typologies to the city centre. After passing by many large commercial headquarters buildings, we arrive at the housing complex, House in the harbour designed by Vandkunsten Architects from 2003 to 2008. This housing is a combination of social housing and owner-occupied apartments, unique for its design of space interacting with water. At first, the building seems to be just a mundane apartment complex, but as you explore the courtyards and the pilotis spaces that interact with the water, the housing complex starts to look like a special space in South Harbour. According to Vandkunsten Architects, the housing complex was designed with the intention of creating a humanist scale and an interaction with water in an area dominated by large office buildings that lack both. Sadly, our visit coincided with colder weather, and there weren’t any residents using the pilotis spaces and the wooden decks to interact with the water. I can visualise how the spaces can be enjoyed during warmer weather. 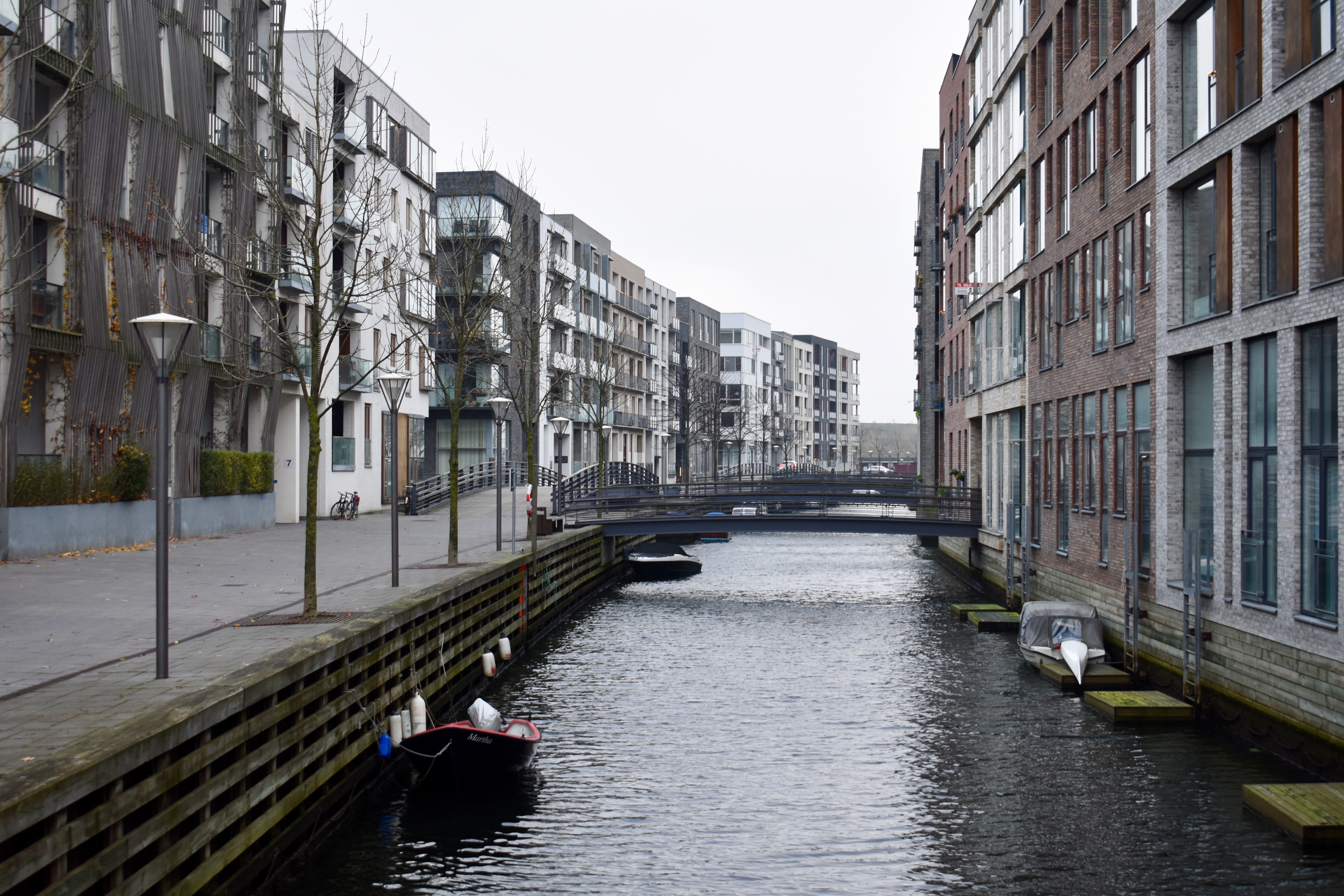 Sluseholmen Canal District
On the way to the recycling centre, we stop by the Sluseholmen Canal District to have a coffee break. Arriving to the bridge on the canal and looking at the residences by the canal-side, it reminds me a lot to Amsterdam. This is only natural since the general concept of the area is inspired from artificial island residential development in Amsterdam. Sluseholmen Canal District was also developed as a part of urban renewal project in South Harbour in the early 2000s, designed by the Danish firm Arkitema and the Dutch firm Sjoerd Soeters. It is a strange feeling to be reminded of Amsterdam so much in Copenhagen. Shortly, we enter a café by the canal, lively with people. Overall, this area seemsto be the more bustling side of the South Harbour residential area than where House in the harbour was. 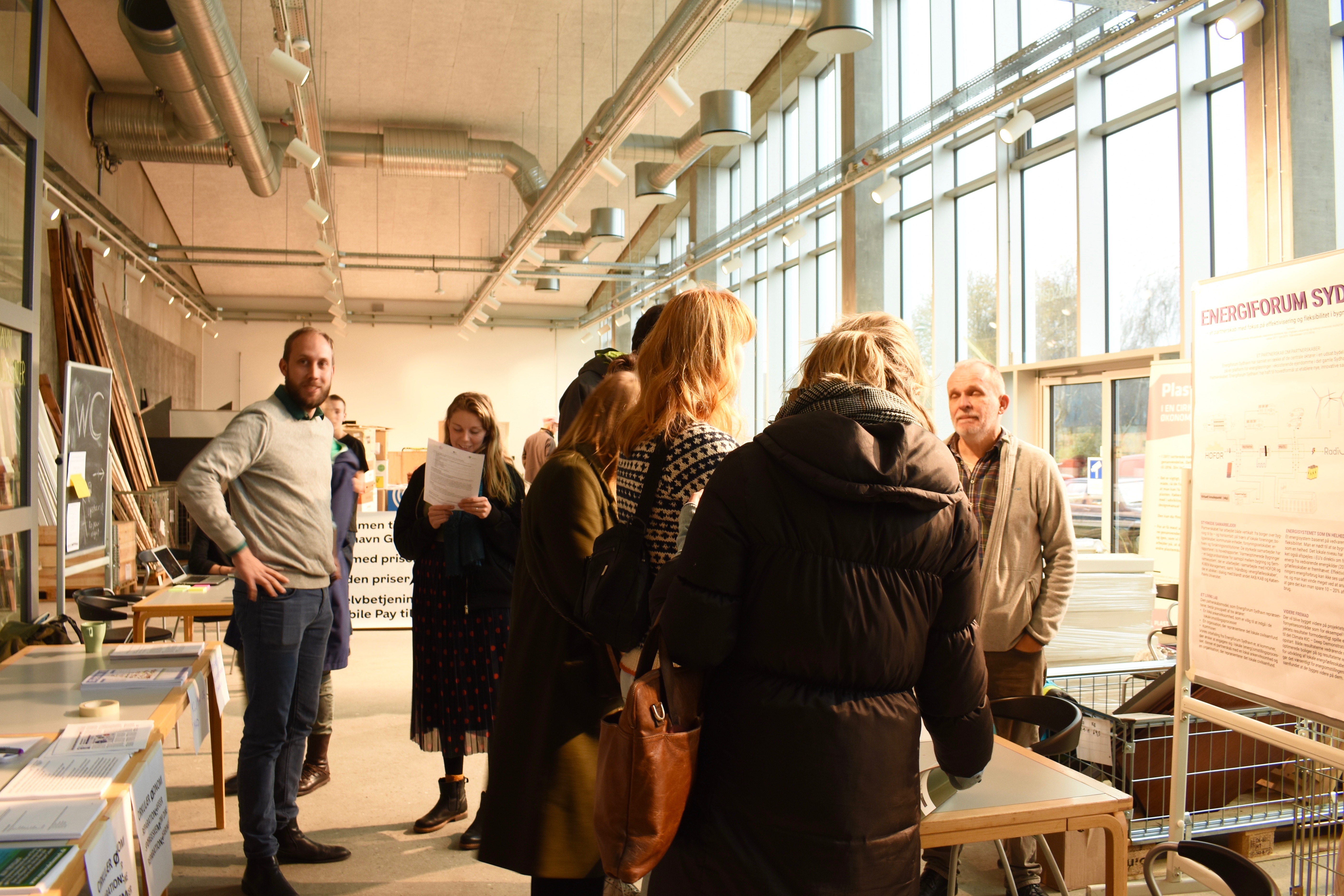 Sydhavn Genbrugscenter
We arrive to the Sydhavn Genbrugscenter (translated to South Harbour Recycling Centre), where they are holding a workshop about the centre and circularity in South Harbour when we arrive. The building is located in still an industrial part of the South Harbour with many car garages. Surrounded by warehouses, the recycling centre has a very different typology with a glass façade and a green roof accessible by the hill-shaped form of the building. This centre is very new, and only been open from this year in May. There is a social/educational side and an industrial side to this recycling centre. The part of the building with the glass façade is the social and educational side, where the centre sells materials and furniture that are reusable and workshops held regularly. The other side of the building is where recyclable or upcyclable trash is sorted into more than 500 categories. The trash comes from all over Copenhagen, but individuals can also come to drop-off reusable and recyclable things to the centre directly. Entering the centre, there are many people gathered to participate in the workshop. There are different booths in the room, each with a person explaining about their project regarding recycling and circularity, some with games, other with food. We join the workshop taking place in the booths, one of which for example is about creating a community based on local energy production. Local Energy Community is an idea of involving citizens in renewable energy projects. Currently in South Harbour, there is an initiative to create this local energy community with a social housing organization. We also hear from Øystein Leonardsen and Michael Søgaard Jørgensen about Community-Based Living Lab in South Harbour. Living labs are where local businesses, residents, local authorities and researchers from nearby university, Aalborg University are working together to experiment with and develop new business opportunities, more sustainable energy systems and social initiatives. It is much similar to what Veldacademie is doing in Rotterdam.