According to the government, in the next 20 years, Rotterdam South must make a leap to the level of the four major cities in our country. That means: more jobs, better education and the establishment of people with higher incomes in an attractive residential area. Burcin Korkmaz (22), currently in the Master Policy and Politics at Eramsus University Rotterdam, focusses on this topic in her graduate research: The National Program Kwaliteitssprong Zuid (Quality Leap on South). “In my research, in which I am being supervised by Franciska Moory, I put the focus on improving living environments. My main question here is as follows: What assumptions are hidden behind the pillar, ‘improving the living environments’ that are included in the report Kwaliteitssprong Zuid and what scenarios are available regarding trends and uncertainties that affect this policy?”

As part of her graduation, Burcin did an internship at Field Academy, which she came in contact with through a friend, a former intern. Burcin says: “Th

e Field Academy is also concerned with the various aspects that are included in the National Program. Through reflection meetings in the presence of architects and urban planners I have learned a lot. Personally I found the different perspectives, which were discussed during these meetings, most interesting, so I included this in my research”.

“Most strikingly, I found out during the collecting of information, was that the role of the residents receives little attention within the National Programme. Another striking aspect was the reactions of housing corporations, which are currently struggling with the financial crisis. These two points are also the two major uncertainties in my scenario study that I am developing”. 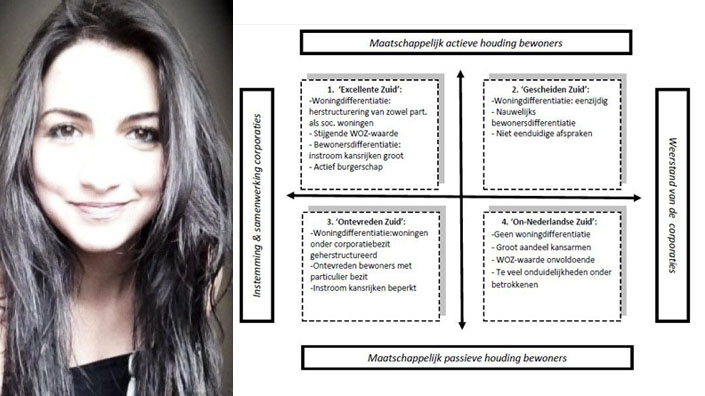