Three years of making plans by enthusiastic residents under the supervision of the Fieldacademy and in collaboration with the district municipality of Charlois en local organizations. The neighbourhood square Gouwplein had to be improved. There were no clear goals, not to mention budget. So, how does one measure the rate of success of such an ‘open plan process’ and how can there be lessons learned from it? Despite of the lack of applicable models graduate student of administrative studies Daniël Otterspeer has succeeded. Last November the 19th Daniël presented his thesis to the board of the district municipality of Charlois. 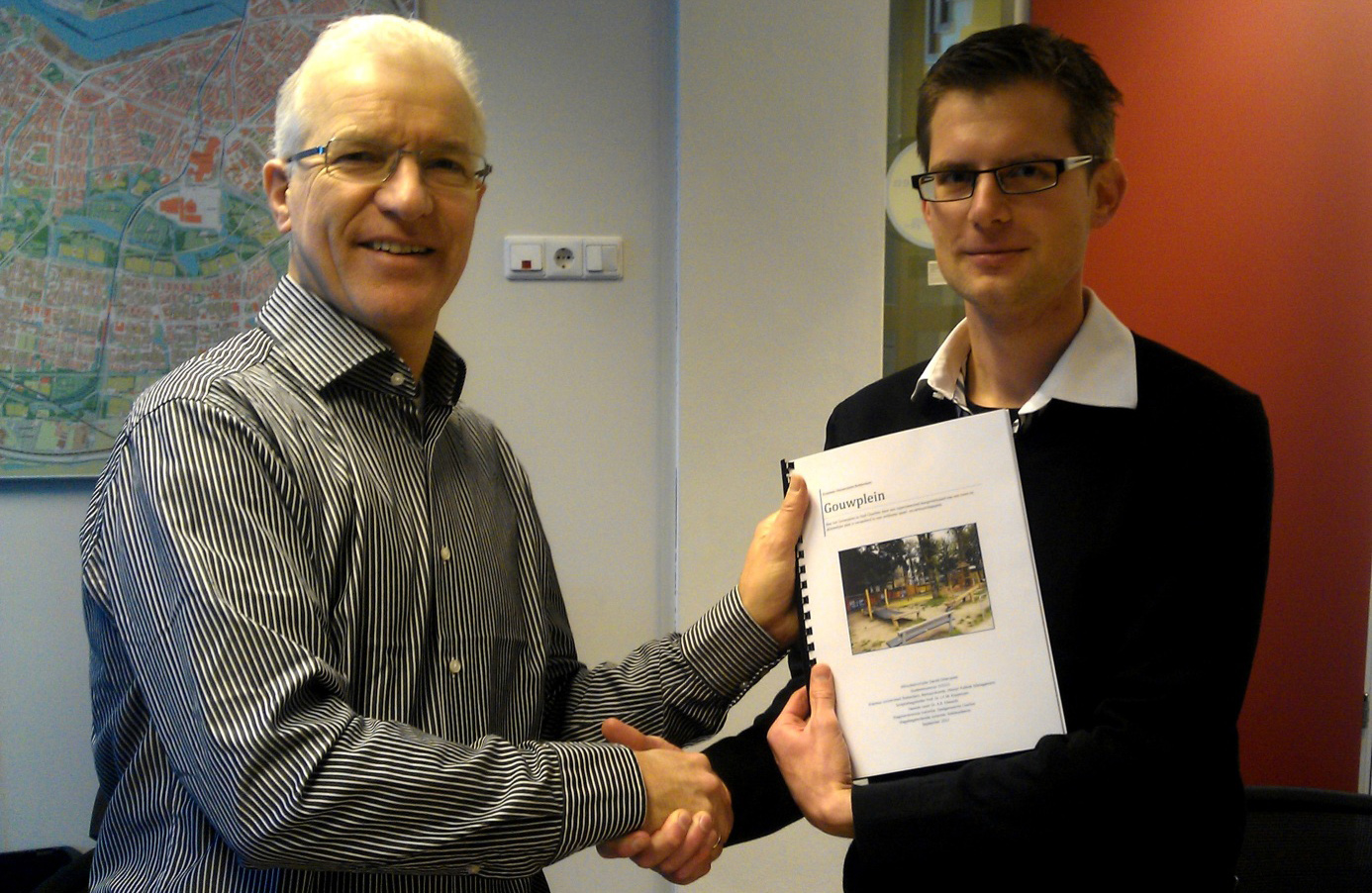 The district municipality has engaged itself to the development on the Gouwplein as an experiment to learn how to improve the way residents can take part in design and control of public space. To do this Daniël was asked to evaluate the process from the perspective of administrative studies as an assignment for his internship at the Fieldacademy. Part of his research was to examine no less than three years of correspondence and to do a series interviews with all the people involved.

The first question to be answered was about the nature of the process. Is it about a citizen initiative or is it about a form of participation? Analyses show it is about the first. Not the district municipality was the initiator, but the initiative originated from the articulated wish of active residents. This directly resulted in a compliment to the administrators Ed Goverde and Theo Coşkun for their facilitating stance towards the workgroup. Not everything went without resistance though. Within the administrative organization it is still often seen as a burden to make an effort on demand of residents. This can be due to a lack of managerial coverage or it can be due to simple the problems like civil servants that are unable to register their hours made for attending resident meetings.

In spite of this, the process is perceived as a great success, residents as well as government officials. The interweaving of different goals can be seen as one of the prime factors. This means that in an early stage indistinct goals come together and finally add up to one supported result. For example, the playground is created not only to refurbish the place, but also to improve social security and to give a clear signal that this is not a place to dump garbage. The main goal of course was to provide a place for kids to play. Three, maybe even four, birds with one stone, because the realization of the playground also shows that the hard work of residents can make a difference in improving the neighbourhood.

With a study to similar projects Daniël also casts a glance into the future. How can the Gouwplein be further developed regarding maintenance and control? All conclusions and recommendations are written in the report “Gouwplein” that can be found on this website. We expect that the results of this study will be an important contribution to future projects.