On Wednesday 9th of March Field Academy and  Henk Oosterling  presented the report ‘De Nieuwe Belangstelling –verbinden en overbruggen’. (translation: The new Interest –connecting and  bridging in the district of Feyenoord’). In the afternoon a presentation for professionals was organized. A second presentation in the evening  was held for the residents themselves, for everybody involved and interested, off work time. Also portfolio manager of participation and public space, Marit van de Riet, was present that evening. 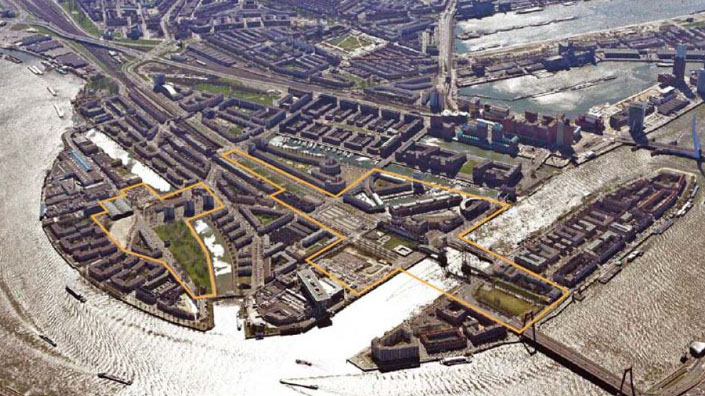 It has become clear that a behavioral change must occur at all levels. ‘Not by sending in a pack of military troops’, says Henk Oosterling, ‘but starting from the personal  interests of residents. Here in interest and responsibility are central concepts’. Together residents, organizations and districts need to find a lasting solution for management and maintenance of public space.

Field academy has played a central role in the project by conducting a field analysis on life patterns. It What is available in the district and what plans for the future of the district are running have  eventually been mapped out. This is done by means of interviews with residents, shopkeepers, police officers, school directors, employees etc. on all  areas. Subsequently, the interviews are linked to data sources such as social index, districts monitoring, community visions and the vision on Kop van Feyenoord.

Both presentations led to many discussions between organizations and residents firsthand, and district municipalities and corporations. It can be concluded that connections and cooperation are of great importance. It is therefore suggested that these type of meetings and district conferences are held twice annually.

The concrete proposals (around forty) that come forward in the report offer many handles to get started.