The results of the research into the park Lage Bergse Bos in Rotterdam conducted in the Veldacademie within the framework of Atelier Groenjaar. 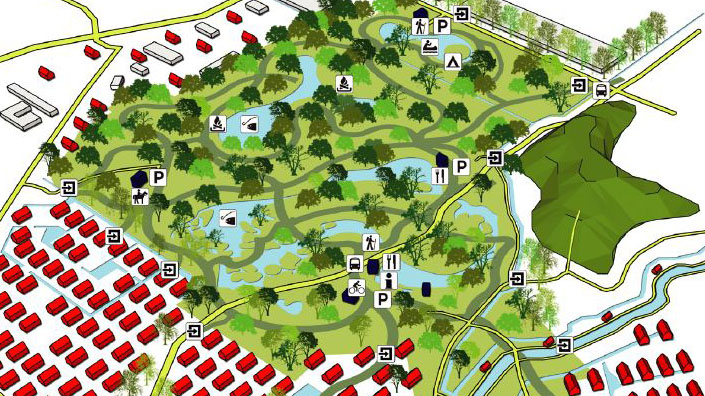 "As a result of a thorough analysis we think that the Lage Bergse Bos does not function to its full potential. The park currently functions on a neighbourhood level and with a few exceptions it only draws in a jogger, a cyclist and maybe a leisure seeker from somewhat farther away. By including the Lage Bergse Bos within the recreational landscape Rottemeren it will function better and become accessible to a larger public. To make this possible it is necessary to make the Rottemeren more accessible and to give the different areas/parks a clearer character. Several connections have been suggested from which one plays a central role. A parkway straight through the Lage Bergse Bos which both opens up the park and divides it into a quiet part and a neighbourhood park. In the middle a centre will be realised which organises both the opening-up as well as the programme of the park. With these interventions the borders have been broken open and the park is both more accessible and more clearly defined."