The first results of the research performed in the Veldacademie within the framework of Atelier Groenjaar concern a reformation of the Zuiderpark in Rotterdam. 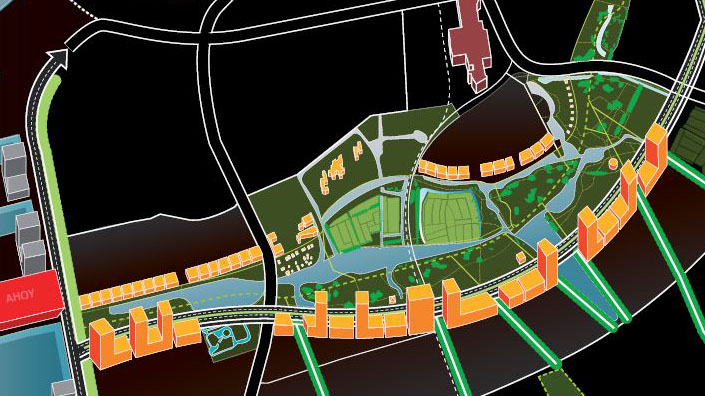 "Our proposal consists of several changes which will lead to the improvement of the relation between the Zuiderpark and the urban tissue. To improve the accessibility and readability the internal route Oldegaarde-Groene Hilledijk-Beijerlandselaan is transformed into The Zuidboulevard. The Zuidboulevard is connected to the waterfront development (West) and the city centre (North) via the Laan op Zuid. The sportfields along the southern border of the park that form a barrier right now can be relocated to the surrounding neighbourhoods. By relocating the sport fields and reshaping the existing road, some areas become available for high quality housing and other functions."