The healthcare policy of the government is based on the principle that the elderly and people with a physical or mental disability should be able to live independently at home for as long as possible and have the ability to participate in society (participeren in de maatschappij in Dutch).In a participatory society (participatiemaatschappij), the government assumes its citizens's strength and own self-reliance. The Social Support Act (WMO 2015) stipulates that municipalities must ensure that people can continue to live at home as long as possible. Municipalities are responsible for supporting people who are not self-reliant on their own.

Partly for this reason, the government is separating the financing of housing from the financing of healthcare to a greater extent.In the past, a person who needed healthcare and support subsequently progressed into a nursing home or assisted-living institution almost naturally. These institutions were also financially supported by the government. However, this system is changing with the government reducing monetary support to nursing homes and care homes for people who need light care. This is called "separation from living and care" or 'scheiden van wonen en zorg'. With this policy, the government wants to encourage people to live at home for as long as possible and to arrange their care themselves in their own living environment. Those who prefer to go to a care home or nursing home can rent a room there, but would have to pay for it themselves. Those who previously needed healthcare support lived in an institution. Assisted-living homes and nursing homes functioned as a kind of mini society: often large-scale, introverted healthcare institutions with internal A distinction is often made between inpatient and outpatient (intramural and extramurale in Dutch) care. Intramural literally means "within the walls"; inpatient care is where on stays in the care of the institution for a longer period of time healthcare. For example, an assisted-living centre or verzorginghuis. For extramural or outpatient care, support is provided outside the walls of the institution, for example at home. A sheltered home or aanleunwoning is an example of outpatient care. facilities and services. Now that the number of people continuing to live at home is more, they need to organise their healthcare and support with their own living environment. For their various needs, they draw on the district and make more use of local healthcare facilities. Where healthcare was previously organised in an autonomous institution, it is now spreading over an entire neighbourhood or district.

Therefore this change has a major impact on the way healthcare is organised spatially: within the neighbourhood scale and the existing care housing infrastructure. This does not only apply to healthcare and welfare for the elderly and the disabled, but will also impact mental health care (GGZ) and youth welfare.

Veldacademie seeks to investigate the spatial implications of these policy and social changes: for the neighbourhood and for existing healthcare and welfare housing infrastructure.

Those who needed assisted-living and healthcare support lived in an institution, within a microcosm. Now people organise support within their own environment

Those wishing to live at home need a versatile range of facilities within the neighbourhood, such as a supermarket, recreational opportunities, meal service and medical care. This begs the question, what is needed and what is already available?

The research of the Veldacademie focuses on the following subjects:

arranging care for the elderly 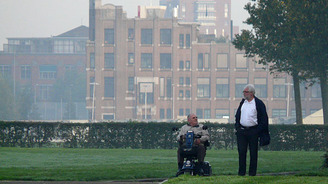 The neighbourhoods Tarwewijk and Bloemhof are analyzed by the Livingfieldsanalyses, as developed by Veldacademie. Facilities that are present in the neighbourhood have been mapped. In addition, anchorpoints have been defined in each area. read more 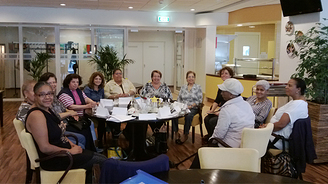 accessibility of the neighbourhood

In order to be able to use the facilities in the neighbourhood, people must be able to reach them. Is the neighbourhood accessible to the elderly and people with physical disabilities? This includes the physical accessibility of buildings and public space: thresholds, wide pavements, crossings. But also covers social accessibility: range of activities, information, safety.
project Accessible communities 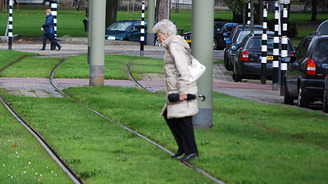 Can the physical and social accessibility of living areas be improved?
read more

In an assisted living centre, residents will have natural opportunities to meet each other. However, can that same certainty be assumed when care shifts to the neighbourhood? Where do people meet and how can you increase chance encounters so that people can connect? Can these connections help to build and strengthen social networks? 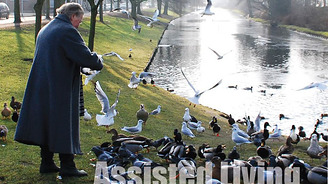 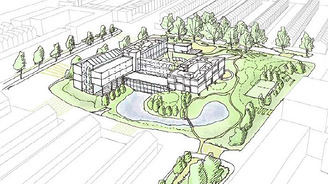 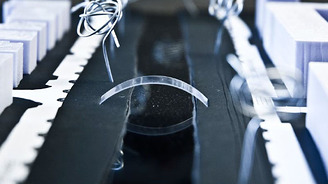 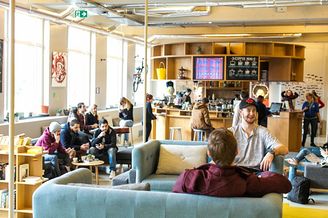 Buildings in institutions offering minimal support will potentially fall (partially) vacant due to the new healthcare policy. Can these buildings be given a new meaning?
A portion of assisted-living now faces vacancy due to the new legislation. The opportunities and possibilities for redesigning these buildings are linked to the position of the building within a neighbourhood. Three factors determine the nature and severity of this assisted-living housing problem, they are:

(1) autonomy of the housing

For example, is it possible to rent the residences independently?

(2) THE CATEGORY OF HEALTHCARE

The greatest focus will be on institutions that offer low grade assisted-living support.

Is the building located in an attractive environment with many facilities?

So healthcare housing and assisted-living homes are more than just bricks and mortar. The exact same building can present a completely different function in one neighbourhood than in another, with different opportunities and limitations. For example, a building in a neighbourhood with many facilities and public transport can make the area attractive for people with less healthcare needs to rent a home. And in a neighbourhood where there are few facilities, but many elderly people live independently at home, a supporting facility could open up with the necessary amenities (meals, shop, physio, hairdresser, activities) for local residents.

Healthcare housing is more than just bricks and mortar. 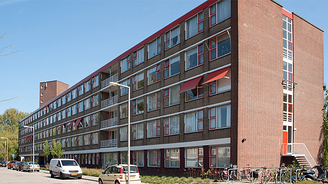 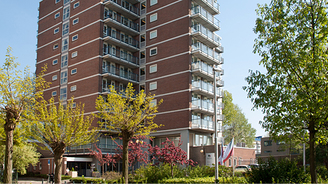 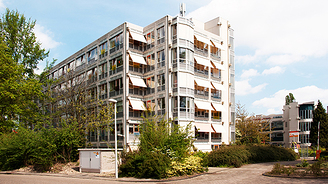 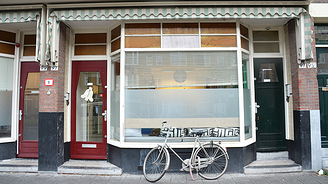 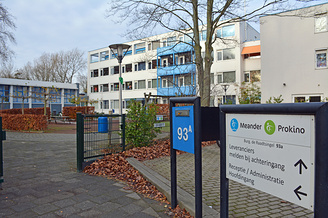 project M4H district over the dike 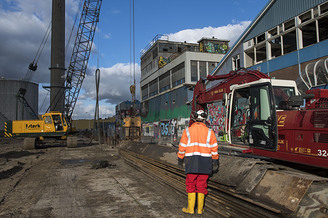 New meeting places in the district