In a long-term multidisciplinary research programme, Veldacademie focuses on the question of how resilience works in the practice of Rotterdam districts and neighbourhoods. For Veldacademie Wenda Doff looked into what is already known about resilience and wrote an article about this. The research mainly focuses on the actions and learning ability of residents, their agencyThe ability of individuals to act independently and make their own free.and the significance of the spatial and institutional environment in this respect. The method of government also occupies an important place in the analysis: How do we get things done?

The concept of resilience originates in ecology and is used to explain the behaviour of organisms in ecosystems. It is increasingly being applied in other disciplines, such as social sciences and urban planning. In recent years much has been written about resilience. Despite the large number of articles, so far there has been no clear focus on what resilience means in the context of a community.

Veldacademie seeks to sharpen the focus on currently broad concept of social resilience. To give this more concrete form, Veldacademie organises city labs and studios in collaboration with Architecture Institute Rotterdam (AIR) and the International Architecture Biennial Rotterdam (IABR).

Given below is a timeline of the study so far, which started in 2016. The research includes a field lab, workshops, literature studies and a thesis workshop.

May 2016
In May 2016, Veldacademie organised a  on behalf of the municipality of Rotterdam. From a lab in Brooklyn, 16 researchers and students, including from TU Delft and Erasmus University Rotterdam, worked for a week on objectives from the Rotterdam Resilience Strategy. The themes: Skills for the 21st century', 'health', the 'we-society' and 'strong shoulders'.
The following questions were central: What can Rotterdam learn from the New York approach to these subjects? How is social resilience defined in New York and how can this be translated into criteria that also apply in Rotterdam?

In July, the four research teams presented their initial findings to the Social Development cluster, municipality of Rotterdam. 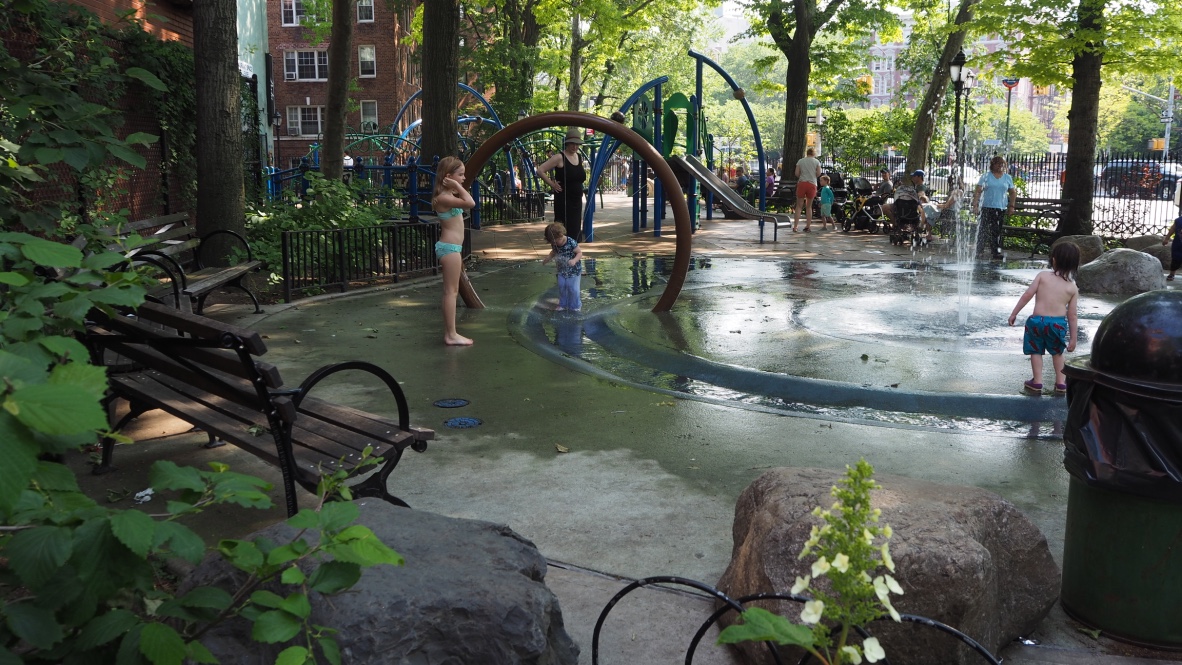 November 2016
The field lab in New York City was the input for the resilience workshop of Veldacademie at the Stadmakerscongres in November 2016. The themes set out above were discussed with guests and members of the public. Ideas were placed on panels, creating a foundation for cooperation between the various parties in the city. From civil servant to resident, from entrepreneur to social worker. This input was then used in various workshops on the theme of social resilience. This resulted in eight boards displaying a large collection of information. Contact details of people who want to work together, links to related initiatives, good ideas and critical questions. 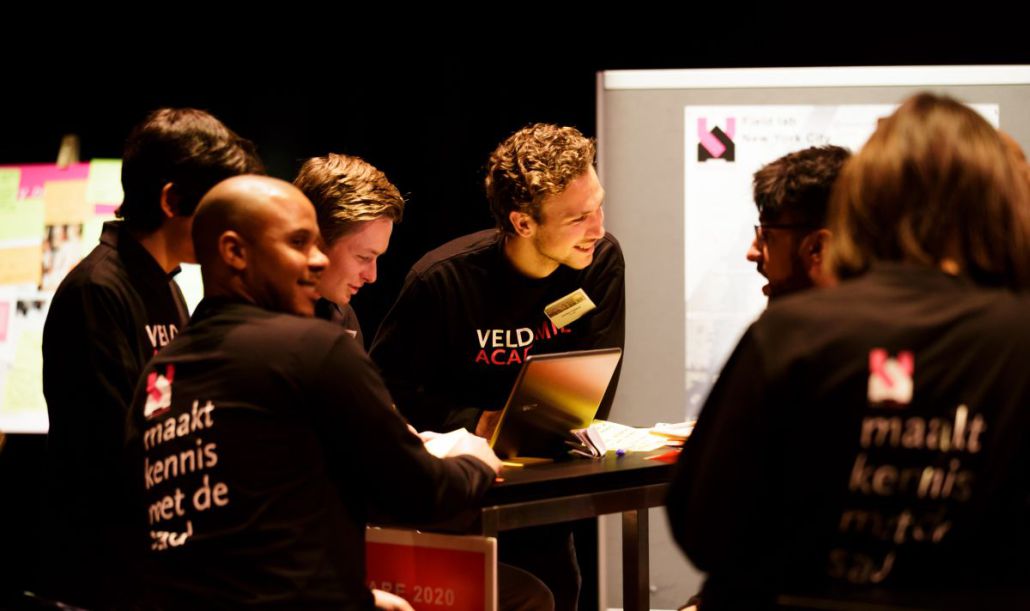 ARTICle: RESILIENCE OF LOCAL COMMUNITIES:  A SUMMARY OF THE LITERATURE

13-12-2017
To prepare a position paper for the long-term multidisciplinary research programme, Wenda Doff,Wenda Doff was born and bred in Rotterdam and is a senior researcher, advisor and lecturer in the field of metropolitan issues and policy. She wants to know how people make the city and vice versa, how they are influenced in their daily lives by that city and the neighbourhood they live in. Based on strong social commitment, she examines themes such as neighbourhood change, feeling at home, resilience and resident participation. She enjoys working with knowledge institutes, universities, colleges and other independent researchers (she is a member of the Researchers' Collective and Homemakers Collective) and also regularly conducts independent research. From 2001 to 2015 Wenda worked at the university, first at Erasmus University Rotterdam, then for 10 years at TU Delft. In 2010, she obtained her PhD with a thesis on neighbourhood effects and neighbourhood selection. The connection between science and practice has always fascinated and motivated her: as a researcher, she seeks to make a contribution to answering socially relevant knowledge questions by applying scientific knowledge and expertise. Conversely, the practice of a municipality or housing corporation offers a laboratory in which policy-based and other theories can be studied and tested. Contact information: wendadoff@hotmail.com http://wendadoff.nl https://www.linkedin.com/in/wenda-doff-54786813/summarised the literature on resilience within the social sciences.  Wenda Doff is an independent researcher and lecturer at Erasmus University Rotterdam. She looked into what is already known about resilience and which research questions can be formulated on that basis. In her article she concludes that despite the many publications on resilience, what resilience means in the context of a community is not yet clear. Doff also explains that the literature warns against an overly positive view of resilience. Resilience seems to be a normative and political concept. A concept interwoven with power (and differences in power) regarding who decides what resilience is and what the desired outcomes are. Doff concludes that it is important for the progress of the investigation to carefully study the practices of communities. In addition there is a need to map out the significance of the various types of resources, such as networks, knowledge, infrastructure or income. Social resources such as contacts, trust and feeling at home are particularly important to explaining resilience.

January - June 2018
From January 2018 to June 2018, four students from Erasmus University Rotterdam focused on the theme of Social Resilience in a thesis workshop. In the Veldacademie thesis workshop, students work together on an overarching social issue, each with its own sub-question. Veldacademie supports students in making contact with key figures, carrying out data analysis and conducting research. Students are also helped to produce practically applicable results. During the research, students make extensive use of qualitative methods such as participatory observations, in-depth interviews and focus groups. 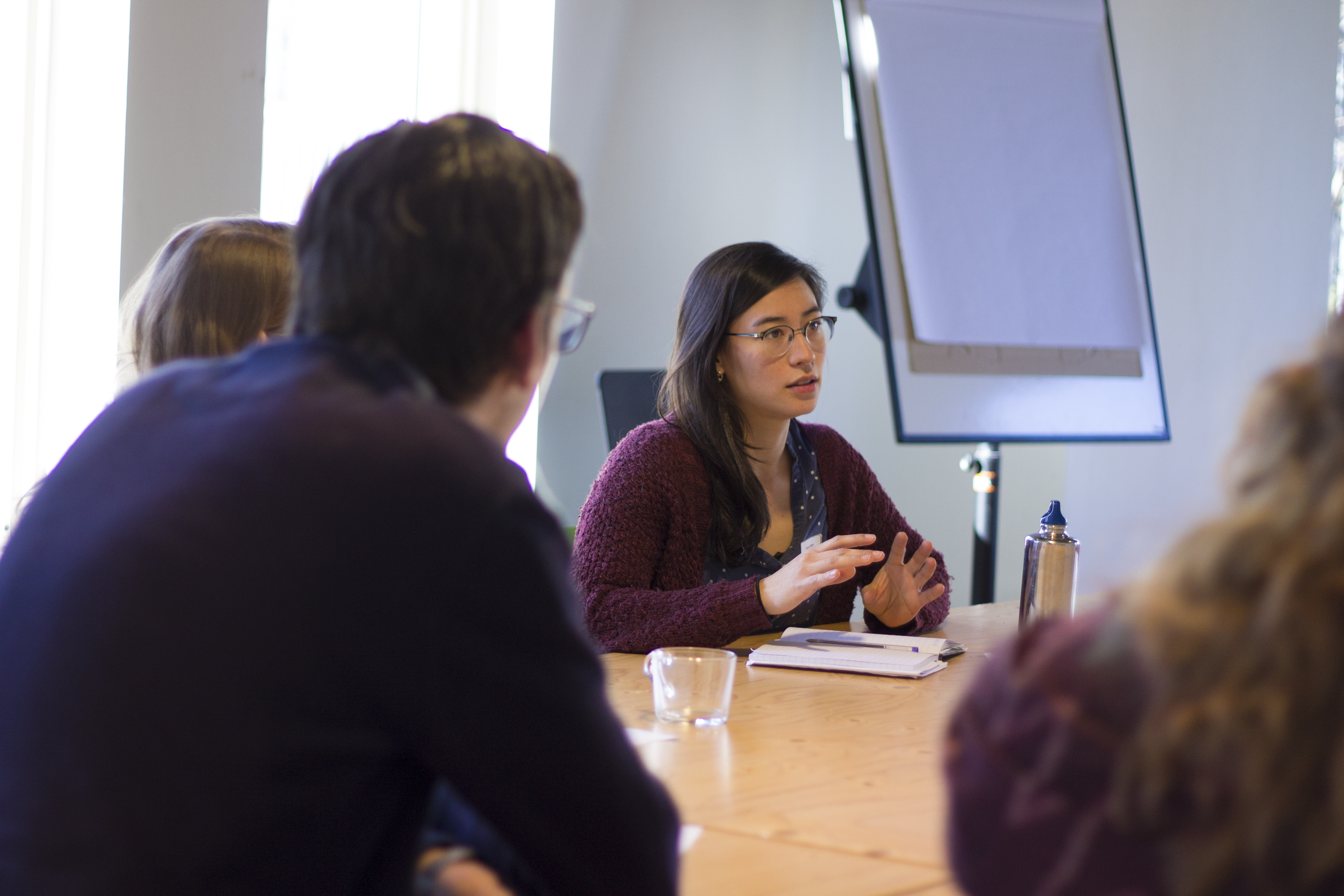 Given below is a brief summary of the four theses that were completed in the first half of 2018.

A qualitative study into the adaptability of the Beverwaard district in Rotterdam South
Saskia de Vin, Master's in Sociology: Metropolitan issues and policy
This study examines the extent to which Beverwaard residents have adapted to the arrival of an asylum seekers' centre in their neighbourhood. The research questions are: Which resilience factors play a role in the ability to adapt and which factors act as a hindrance. Within the factors studied, the focus is placed on the community's adaptability, closeness and social networks.The questions were answered by means of 13 interviews with respondents. The study shows that resilience factors had a limited effect on the adaptation process of residents of Beverwaard. This process was hampered mainly by distrust of the government, feelings of being disadvantaged compared to other resident groups and a lack of personal resilience.

THE CONTRIBUTION OF RESIDENTS' INITIATIVES TO COMMUNITY RESILIENCE

How active agents establish a connection between asylum permit holders and other residents in the Hoogkwartier district
Marieke Koemans, Master's in Sociology: Metropolitan issues and policy
This research explores and explains how active agents set up projects that influence the resilience of a community during the emergence of a  Social stressor.A stress-causing process within a community.In this case the emergence of asylum seeker permit holdersA refugee or asylum seeker who has been granted a residence permit by the government and can therefore continue to live in the country for five years.in the centrally located Rotterdam district Hoogkwartier. The results of the study show that residents have adapted to the new situation after the arrival of the asylum permit holders. This is despite the initially fearful and negative reaction of a relatively small group of older residents to the arrival of the asylum permit holders. This shows that projects of active agents can indeed contribute to community resilience.

A case study with the Action Group 'het Oude Westen' ('the Old West') in Rotterdam
Christine Nguyen, Master's in Sociology: Metropolitan issues and policy
This study shows how resources contribute to the resilience of active agents after the ending of subsidies to residents' organisations. The data was obtained through 13 in-depth interviews with members of the Action Group the Old West in Rotterdam.
In response to the closure, the Action Group mainly used its social network. This led to gaining access to powerful individuals such as civil servants. The result was a transition period and a transition allowance. In addition to human, social and political resources, this study shows that built resources are also important to economic stressors.

THE ROLE OF COMMUNITY RESILIENCE IN PRESERVING 'HOME'

A study on how an integrative housing project can connect students with and without refugee background
Lhamo Meyer, Master's in Sociology: Governance of Migration and Diversity
This study looks into whether the response of a community to an external stressor can be explained by mechanisms of community resilience. The analysis was based on qualitative research, including 22 interviews with residents and other stakeholders. The analysis shows that the response of residents to the announced closure of the housing project was led by active agents, community resources and collective action. The findings show that residents with and without refugee backgrounds formed a community during the HAWI-project.A collaborative project between Enterprise Architects and Caritas. In Vienna, three year places were offered to students with and without refugee backgrounds in September 2016. The groups were given the opportunity to meet and take part in activities together. When the residents were confronted with the unexpected stress of the project closure, they decided to continue the project independently. Residents became active agents. This shows that their response is indeed explained by mechanisms of community resilience.

September 2018
Which people form the local communities in Rotterdam? What motivates them to work for each other and for their neighbourhood? Designer and documentary maker Floor Hofman is working on three films in which she interviews residents in IJsselmonde. The first film is finished and will be shown during the Stadmakerscongres in 2018.
The aim of this trilogy is to get to know the different local communities in IJsselmonde. In the film, residents talk frankly about how they experience their neighbourhood and what they want to contribute. In addition, the viewer is given an impression of the physical environment in which the community operates.
The trilogy will be used as inspiration for discussion and reflection during city labs and workshops. 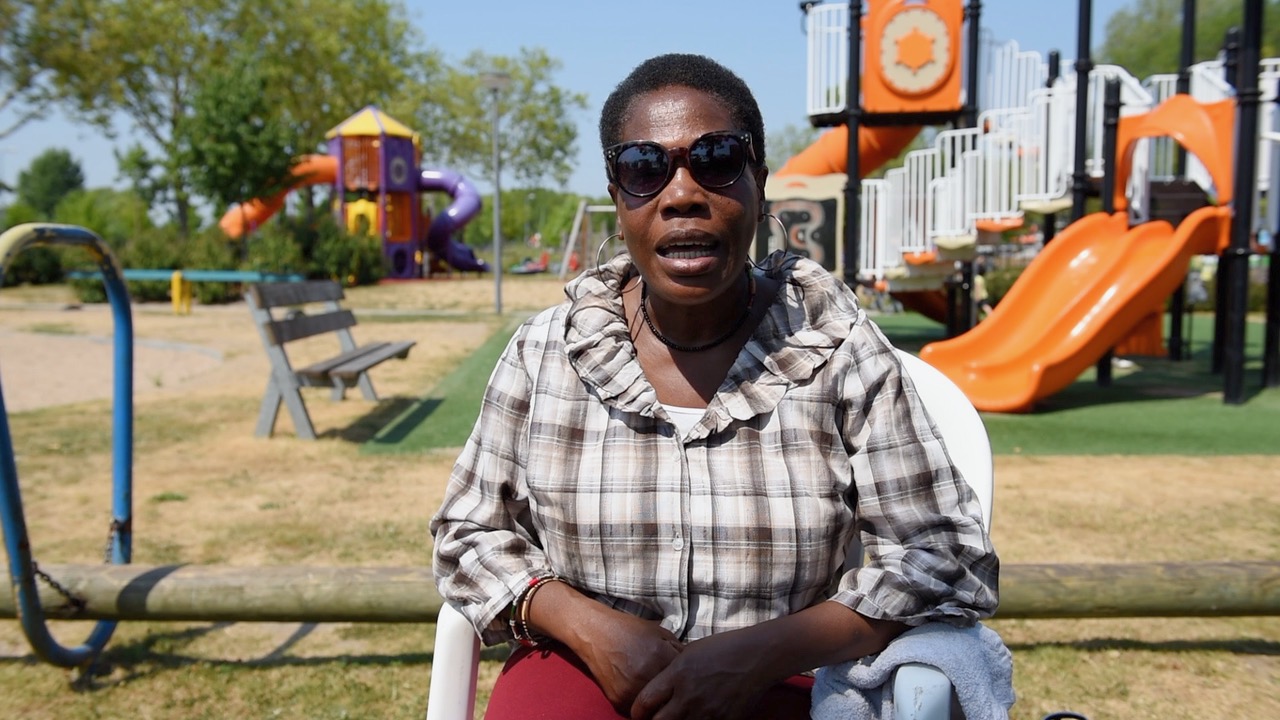 New meeting places in the district

Ageing at home: impact on the district and on healthcare facilities