In 2021, a residents initiative arose from active networks to turn the bare and rather inhospitable Bospolderplein in Bospolder-Tussendijken into a healthy and safe meeting place for the neighbourhood. Thanks to our experiences in BoTu, Veldacademie was asked to join this initiative. We researched the wishes and needs of the square and mapped out its current use.

Residents launch initiative to refresh the square
The Bospolderplein is a large, hard-paved square in Rotterdam-West, where children play football with frenzy during school breaks. At the same time, there are feelings of insecurity due to parked and speeding cars and not everyone feels at home on the square. It is also hot in the summer. This prompted a group of residents to start working together to refreshen the square. Through contact with the municipality, professionals and researchers from the Veldacademie joined the initiative with the objective of jointly initiating a high-quality development process. Veldacademie mapped out the use and needs of the square's users and local residents, with the aim of gaining a clear picture of the square's qualities.

The square has broad uses
The research showed that there is a big difference between satisfied users of the square and the wishes of local residents who only pass by the square. A large proportion of users find it a pleasant meeting place, but other respondents do not feel at home there. Despite its large scale, the square has a neighbourhood function for the immediate surroundings. The most common activities are playing, walking and sitting. School classes and mothers with children are the main users.

In addition, the contrast in use at different times of day is striking: the peak moments. Sometimes the square is deserted, but when the school bell rings it becomes very busy. Residents confirm the feeling of unsafety for playing children due to the many parked and passing cars. The fact that heat stress is a problem is evident from, among other things, the call for refreshment facilities in the square, such as a drinking water tap and a fountain.

The most important wishes for the square are more greenery, which should not be at the expense of its current function as a playground. The need for more playground equipment for small children and better seating facilities for, among others, the elderly from the neighbouring Diamant flat was also expressed. 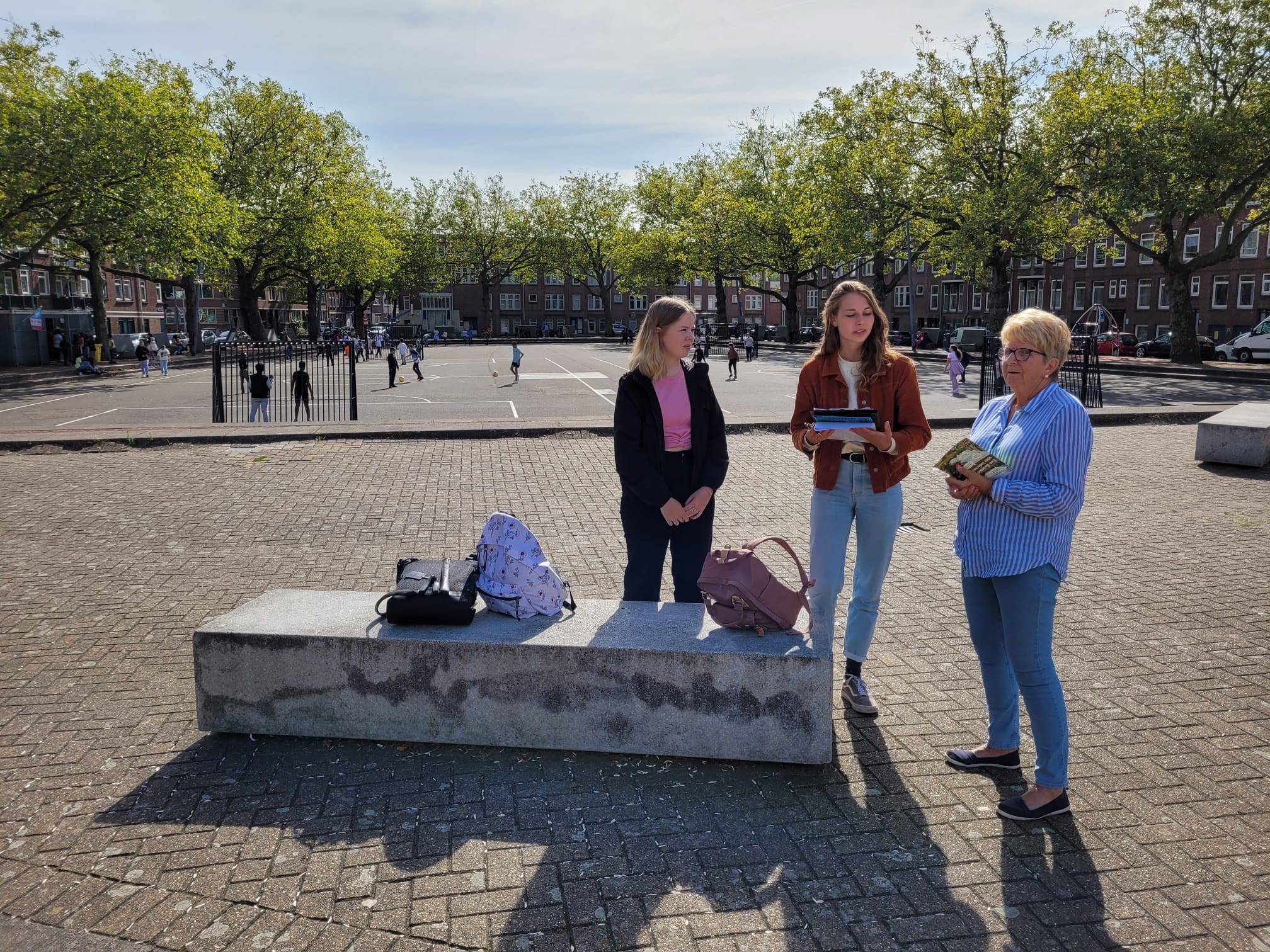 Mixed-method approach to reach diverse groups
To get a good picture of the needs and use of various square stakeholders, we used various methods for the research, including a digital survey, street interviews and observations. During the research it turned out that children in particular were an important target group for the square. Therefore, we conducted an additional survey with children in surrounding schools in the neighbourhood. During this research, one of Veldacademie’s interns made an effort to give the meeting function of the square a temporary impulse by organising a community terrace. The initiating group from Bospolderplein received extra attention during the research by their participation in the BoTu Wijkcollectie (District Collection).

Research supports Programme of Requirements
As a result of the research, the initiating group is now tasked with making multiple target groups feel at home in the square. This question of feeling at home in squares in Bospolder-Tussendijken is also being worked by two of our graduates from the Sociology Thesis Workshop.

The initiating group is currently working on the results of a design developed in co-creation sessions with other residents. The research conducted by Veldacademie has been used to formulate a widely supported Programme of Requirements. The plan is to carry out small and temporary interventions in the summer to show the potential and significance of the square for the Bospolder district and surrounding areas.